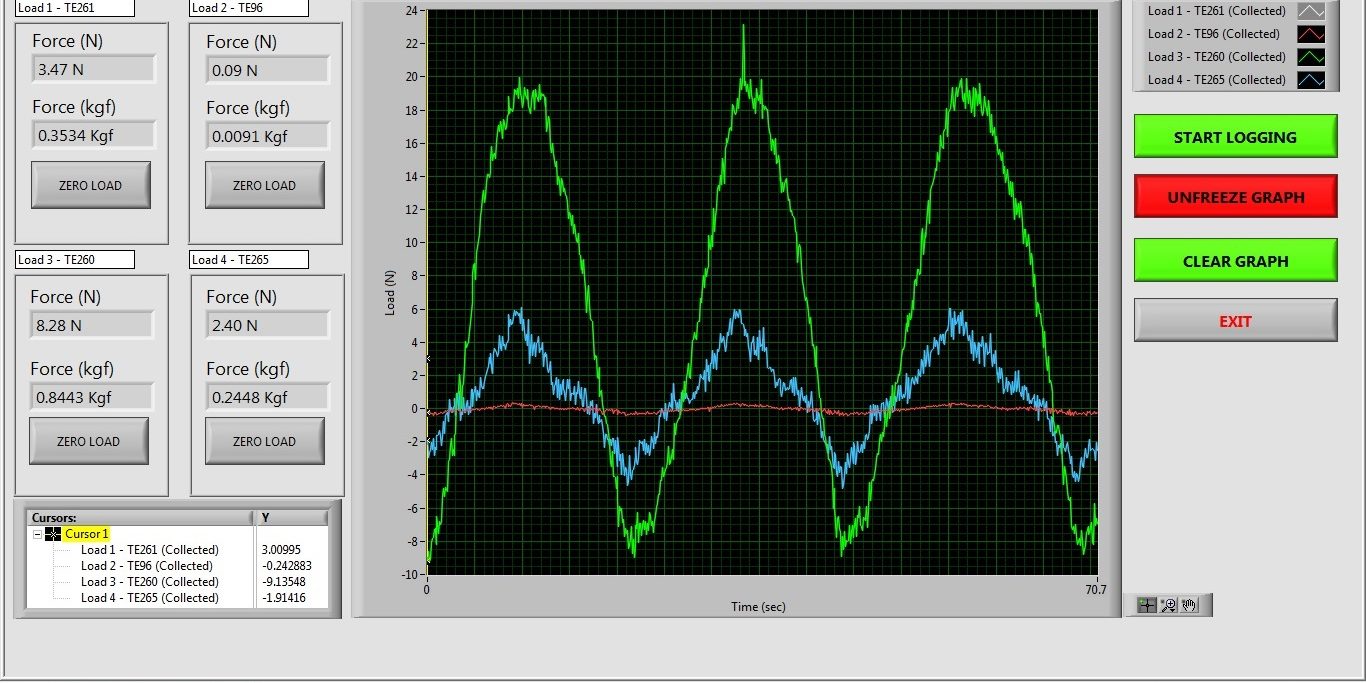 The software contains a configuration page where the test operator can configure parameters such as channel names, force units and bridge based settings which are specific to the load cell sensor used. Having a configuration page gives the software flexibility to configure a range of different load cell sensors to suit the system load ratings as opposed to having to use the same fixed sensors which may not suit the typical loads seen during test.

The main data acquisition page of the software contains a graph to show the historical trace of the load cell signals with the ability to select which signals are displayed at any one time. A freeze graph function used alongside the graph zoom and cursor tools, allows the test operator to carry out analysis of the signals on the fly to make judgements of whether the system under test is performing as it should. All logged test data is saved to a Comma Separated Variable file which is compatible with Microsoft Excel.